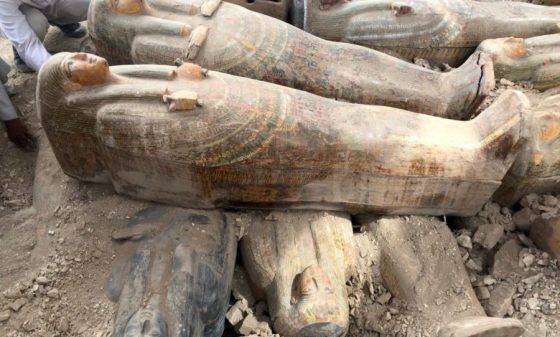 “Dr. Khaled El-Enany, Minister of Antiquities accompanied by Dr.Mostafa Waziri, Secretary General of the Supreme Council of Antiquities, rushed to Luxor to inspect the newly discovered cachette of intact and sealed coffins at Assasif on Luxor’s West Bank.

The details of such a discovery will be announced in a press conference to be held on Saturday.

The discovery details known so far as follows; a cachette contains at least 20 painted wooden coffins and they appear to be intact and many in an excellent state of preservation. The coffins are stacked in two layer and has human remains and mummies inside” – via Luxor Times.